Nursultan Nazarbayev’s autocracy uses civil lawsuits for legal prosecution of political dissidents in USA, Europe, and other parts of the world

/ / Nursultan Nazarbayev’s autocracy uses civil lawsuits for legal prosecution of political dissidents in USA, Europe, and other parts of the world

Nursultan Nazarbayev’s autocracy uses civil lawsuits for legal prosecution of political dissidents in USA, Europe, and other parts of the world 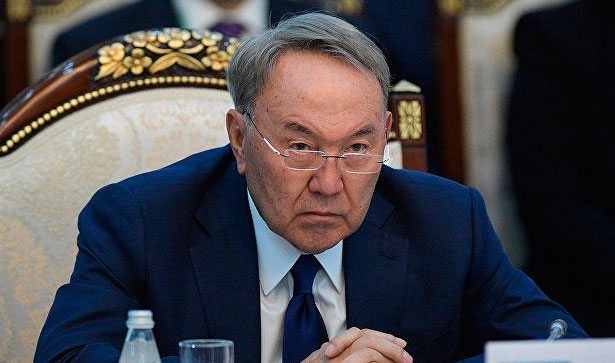 In 2011, after we had refused to renounce our family ties with and give testimony against Mukhtar Ablyazov, at least 24 criminal cases were brought against us, Victor Khrapunov and Leila Khrapunova, on charges of financial crimes.
Further on, the Financial Police consolidated all these cases into one and reclassified it as involving an organized one-family criminal group, so as to aggravate the charges and extend the period of limitation.

This information originally appeared in the Nazarbayev clan-controlled Kazakhstan media, which are the main source of information about the charges and lawsuits brought against us.

My entire family, including my elderly parents, my 86-year-old father and 77-year-old mother, were subjected to persecution.

Each member of my family, i.e., myself, Victor Khrapunov, my parents, my sister and her husband, our daughter and sons, one of whom was 4 and the other – 14 years old, faced civil lawsuits by Almaty Mayor’s Office of an imaginary theft of “300 million francs” from the city of Almaty’s budget.

Almaty city administration and their attorney, Me Christophe Emonet, brought against each of 11 members of my family civil lawsuits on account of their laundering money from the Almaty budget for a total of 286,406,945.78 Swiss francs plus an interest of 5% for each year beginning from 01.01.2000.

A total of civil lawsuits brought by the Almaty city administration via their attorney, Me Christophe Emonet, against the Khrapunov family and their relations stands at 3,150,476,403.58 Swiss Francs, excluding an annual interest of 5% from 01.01.2000.

Therefore, a total of a 5% annual interest that the Almaty city administration claims on all of 11 members of the Khrapunov family for 17 years is equal to 2,677,904,945.10 Swiss francs.

In my view, civil lawsuits, brought against the 11 members of the Khrapunov family in December 2015 by the Swiss attorney, Me Christophe Emonet, PESTALOZZI Avocats, on behalf of his Kazakhstan client, the city of Almaty Mayor’s Office, the Republic of Kazakhstan, stemmed from an emotionally charged scheme to smear the Khrapunov family before the entire world, as one cannot think of any other rational explanation for this than Kazakhstan officials’ wish to hurt the Khrapunovs and their relations.

It is obvious that it is impossible to hide 3,150,476,403.58 Swiss francs with no traces left. Of course, no multimillion sums on the Khrapunovs’ bank accounts or real property other than their own housing were found as the matter was investigated.

Hence, the Almaty city administration via their attorney, Me Christophe Emonet, brought a lawsuit for a total of 5,828,381,348.68 Swiss francs against my family, providing no financial proof whatsoever.

That said, the city of Almaty’s annual budget in 2004, the last year of Victor Khrapunov’s term in office as the city’s mayor, totaled around USD370 million.

Relying on trumped-up financial charges and Interpol mechanisms, Nursultan Nazarbayev was able to orchestrate my family’s persecution and extradition requests, and to have my family members’ bank accounts blocked.

My parents, Kalibek and Rasilya Daniyarov, arrived in Geneva on 17 June 2011, having received medical treatment in Moscow.

Almost simultaneously, on 20 June 2011, my sister, Gaukhar Iliyasova, with her husband and their two children came to Geneva, fleeing from persecution by the president Nazarbayev’s regime.

According to information available to us, in February 2012, The Federal Justice Department of the Swiss Confederation declined Kazakhstan authorities’ request for legal assistance in respect of the Khrapunov family.

Despite the rejection of the request, Kazakhstan authorities, in September 2012, once more filed their legal assistance request with the Swiss government, and it was admitted to examination.

Having agreed, in 2012, to provide support to Kazakhstan as part of a mutual legal assistance agreement, the Swiss prosecutor general’s office carried out a thorough investigation, finding no secret bank accounts with astronomical sums on them which the Kazakhstan government propaganda claimed my family had.

It is also known that on 24 April 2014, a meeting chaired by the Russian president’s assistant Evgeny Shkolov was held in Moscow on the initiative of the Kazakhstan Government Office. Kazakhstan was represented by the chairman of Samruk-Kazyna’s management board U. Shukeev, Deputy Prosecutor General A. Kravchenko, Deputy Minister of the Interior E. Kenezhbayev, BTA Bank investor K. Rakishev, the head of the Financial Police’s investigating team O. Yertysbayev. On the Russian side, the meeting was attended by the executives of the Presidential Administration, the Prosecutor General’s Office and the Ministry of the Interior. The issues considered were related to the extradition of Mukhtar Ablyazov, the Khrapunovs, and others. (Source: media reports).

On 10 June 2002, the Swiss Federal Prosecution Office launched an investigation into espionage by Kazakhstan in Swiss territory.

On 25 December 2014, a high-profile opposition politician Muratbek Ketebayev published in his Facebook blog the report “Who stands behind Kaznet?” revealing facts which testify to direct control by authorities of Kazakhstan’s popular media, journalists, news web-portals, and bloggers.

The report contains information on authorities-planted media stories containing false accusations against the Khrapunovs, infringing on their right to a fair trial and presumption of innocence. The authorities’ clear aim was to put pressure on public opinion.

The unprecedented pressure by Kazakhstan authorities sparked a political scandal in Switzerland in January 2015, provoked by Swiss media making public the details of Swiss ex-ambassador to Kazakhstan, Thomas Borer, lobbying at the Swiss Federal Assembly (parliament) Victor Khrapunov’s extradition to Kazakhstan.
According to media reports, Thomas Borer had asked the Kazakhstan party to pay him a monthly remuneration of USD 30 thousand for his services.

Also, on 7 February 2015, the Swiss Neue Zurcher Zeitung reported the details of a Swiss private detective firm Arcanum’s operations against former Almaty city mayor Viktor Khrapunov. The firm’s detectives had been spying on Victor Khrapunov and his family, receiving an annual compensation of USD3 million for their services, Swiss media reported citing correspondence that appeared on the Web.

On 18 April 205, Swiss newspaper Le Temps, published a story providing details of an operation carried out jointly by a Russian police officer, a former Kazakhstan criminal, and the city of Astana authorities.
The operation aimed to lure Victor Khrapunov, the city of Almaty’s ex-mayor who had lived in Geneva since 2008, out of Switzerland in order to have him arrested in a territory of another country which would agree to extradite him to Kazakhstan.

In May 2015, Swiss media carried a story about a political scandal in Swiss parliament, which broke out on the back of lobbying by Kazakhstan parliament deputies, Mazhilis, chairman of Nazarbayev-controlled party Akzhol, and Azat Peruashev, to put pressure on Swiss authorities for the Khrapunovs’ extradition. The scandal became known in Switzeland as the Kazakhstan lobbying scandal around Christa Markwalder.

This political scandal aroused public indignation, prompting Swiss media to publish from May to September 2015 a total of over 150 stories in German and French about it, which yet again emphasizes the political component of the Khrapunov family’s persecution.

In November 2016, Ukraine was reported to have lodged a request with Switzerland to extradite Iliyas Khrapunov.
Ukraine accused him of “hacking activities regarding Ukranian attorneys of Kazakhstan’s BTA Bank”. This was concerned with the correspondence of the Iliyashev and Partners firm that was made public by media and confirmed the facts of Kazakhstan’s corrupt influence on the investigation in Ukraine and Russia of the Ablyazov case. Ukraine’s charges look dubious, as Kazakhstan is still looking for the unknown hackers, having initiated court proceedings in the USA and New Zealand.

At an American court, Kazakhstan required that Kazakhstan newspaper Respublika remove from its website all stories analyzing correspondence which was made public, and requested access to the journalists’ personal data. The US court rejected Kazakhstan’s requests.

In December 2016, The High Court of France, in its ruling rejecting the request for Mukhtar Ablyazov extradition explicitly stated that there was political rationale behind Ukraine and Russia’s extradition requests orchestrated by Kazakhstan.
Over 10 European countries and the USA refused to extradite Mukhtar Ablyazov’s relations or former colleagues to Ukraine, Russia, and Kazakhstan, qualifying their persecution as politically motivated.

Meanwhile, the Swiss Confederation, where the Khrapunovs’ application for political asylum has been considered since 2011, i.e., for seven years, has not yet granted this status to the family.

This gives a free hand to president Nazarbayev’s dictatorial regime, which has held sway in Kazakhstan for 27 years. Nursultan Nazarbayev’s autocracy, aware that anything goes and taking advantage of Western legal institutions, has kept persecuting its victims for about 10 years in Europe, the USA and other parts of the world.

Legal situation of political dissidents from Kazakhstan, whom European countries refused to extradite at Kazakhstan’s request