Developments that triggered the Khrapunovs’ move to Switzerland

/ / Developments that triggered the Khrapunovs’ move to Switzerland

Developments that triggered the Khrapunovs’ move to Switzerland 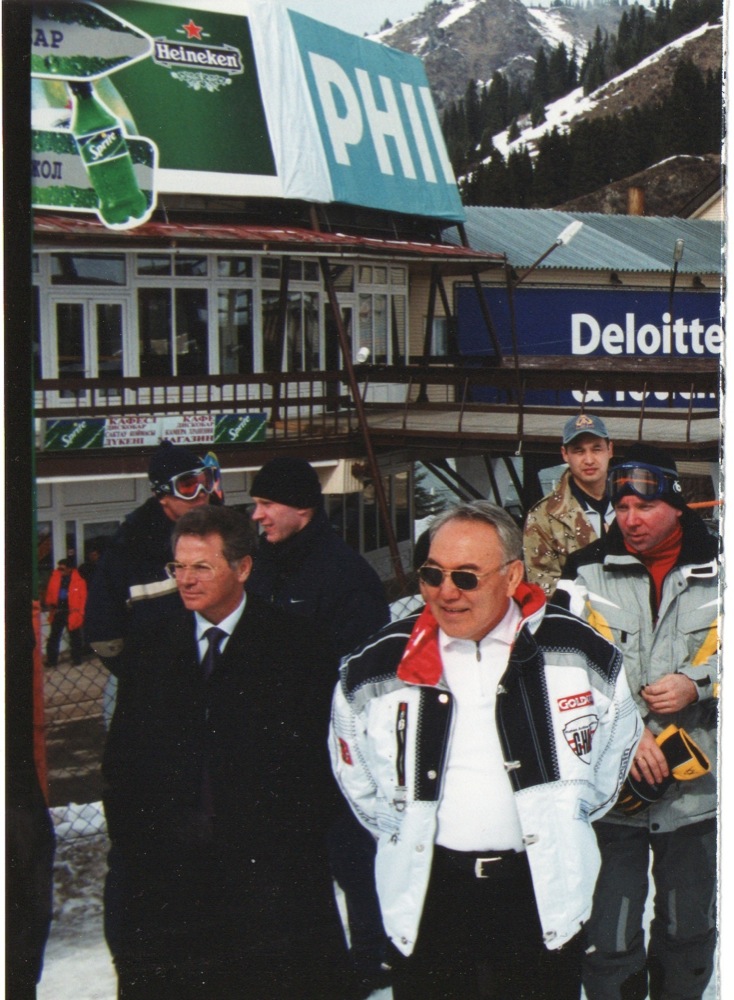 On account of my elder grandson’s birth, on 29 October 2007, I was staying with my elder children in Geneva, where they lived.

On the Caspionet (Kazakh TV) channel, I saw the government commission meeting broadcast and understood that I had to fly to Astana immediately to support Victor in a situation where the Nazarbayev clan were engineering a treacherous plot against him.

Just before my trip to Geneva, we had discussed with Victor whether it would make sense for me in the near future to take permanent residence in Geneva, where my elder children lived.

At that point in time, Victor had not yet made a final decision on whether he should leave Kazakhstan, for after his two years of work in the Eastern Kazakhstan region and later in Astana, our relations had become somewhat lukewarm because of his staying away from home most of this time.

Our family was not an exception in this respect. The move of the nation’s capital from Almaty to Astana, a city lacking the infrastructure to accommodate the families of the members of the government and parliament, the staff of embassies and national companies, forced most of the civil servants’ families to continue living in Almaty. Quite a few families broke up at that time, as a result of the authoritarian president Nazarbayev’s emotional, ill-prepared decision, which he jammed through parliament.

As Nazarbayev appointed my husband to new government posts, Victor had to take residence in new places twice from 2004 to 2006, moving first from Almaty to Ust-Kamenogorsk, and then to Astana. I could not accompany him, staying behind in Almaty, at first because our son was going to school there, and later, in 2006, as I had to be present in Almaty in the course of company liquidation proceedings and the sale of my business.

As I was staying in Geneva, I saw on the Caspionet (Kazakh TV) channel a coverage of a meeting held by Prime Minister Karim Masimov, where he made negative, deliberately false statements regarding Victor Khrapunov. Given my experience of work in president Nazarbayev’s government, I realized at once that Karim Masimov had launched a dirty intrigue against Victor. I therefore decided to fly to Astana immediately. It is there that Victor and I made a final decision to move to Switzerland permanently.

On 29 October 2007, Victor Khrapunov handed in his resignation to Nursultan Nazarbayev.

Having arrived in Swirzerland, on 9 November 2007, we obtained a permit of permanent residence in Canton Geneva on 2 March 2008. Our younger son, 11 years old then, was enrolled at the International School of Geneva, and, in a year, continued his education in the well-known Institut Le Rosey.

We had planned to establish a charitable foundation in Switzerland. To identify its goals and areas of activities, we were consulting with lawyers, attending to our health problems, looking after our younger son’s schooling, our grandchildren were born to our children’s families, in a word, we lived a normal life, as most families.

Our family’s quiet life came to an end in 2010, when the Financial Police and the Kazakhstan National Security Committee (KNB) mounted pressure on my parents, who stayed behind in Kazakhstan, and on my sister’s family.

Since 2010, people obeying president Nazarbayev’s will, have been stepping up pressure on my family from year to year, relying on all kinds of government, commercial, criminal and corruption resources available to them.

To put pressure on my family, the executors of the president’s commands have made use of political and public figures, Western lobbying companies, foreign countries’ private and government facilities, including detective agencies.

The history of my family’s harassment in Switzerland and other countries initiated by president Nazarbayev has lasted many years, close to 10 by now – quite long by any standards.

This persecution was triggered by Victor Khrapunov’s refusal, in 2009, to join in repressing Mukhtar Ablyazov and give false testimony against him.

This campaign has not subsided with time. Rather, it has been stepped up from year to year, owing, in my view, to a boost in funding by Nursultan Nazabayev’s cohorts of: surveillance, spying, hacking, smear stories in the media, payment for legal services and bribery of politicians, payments to all kinds of lobbyists abroad. Not to mention public spending, starting from 2010, for Kazakhstan Government Office employees engaged in falsifying criminal files and dealing with legal actions against the Khrapunovs. Budget outlays for the media and social network campaign to damage them are not to be forgotten either.

In 2010, Victor and I embarked on social activities, exposing publicly the schemes of the Nazarbayev family’s unlawful enrichment at the expense of Kazakhstani people.

After Victor Khrapunov’s book exposing president Nazarbayev’s rule of corruption was published in France in 2013, the persecution of our family by Kazakhstan authorities has intensified dramatically.

Thus since 2010, a variety of developments have taken place, resulting from president Nazarbayev’s organized persecution of my family.

Threats against the Khrapunovs’ son