/ / The launch of a corrupt media attack on the Khrapunov family 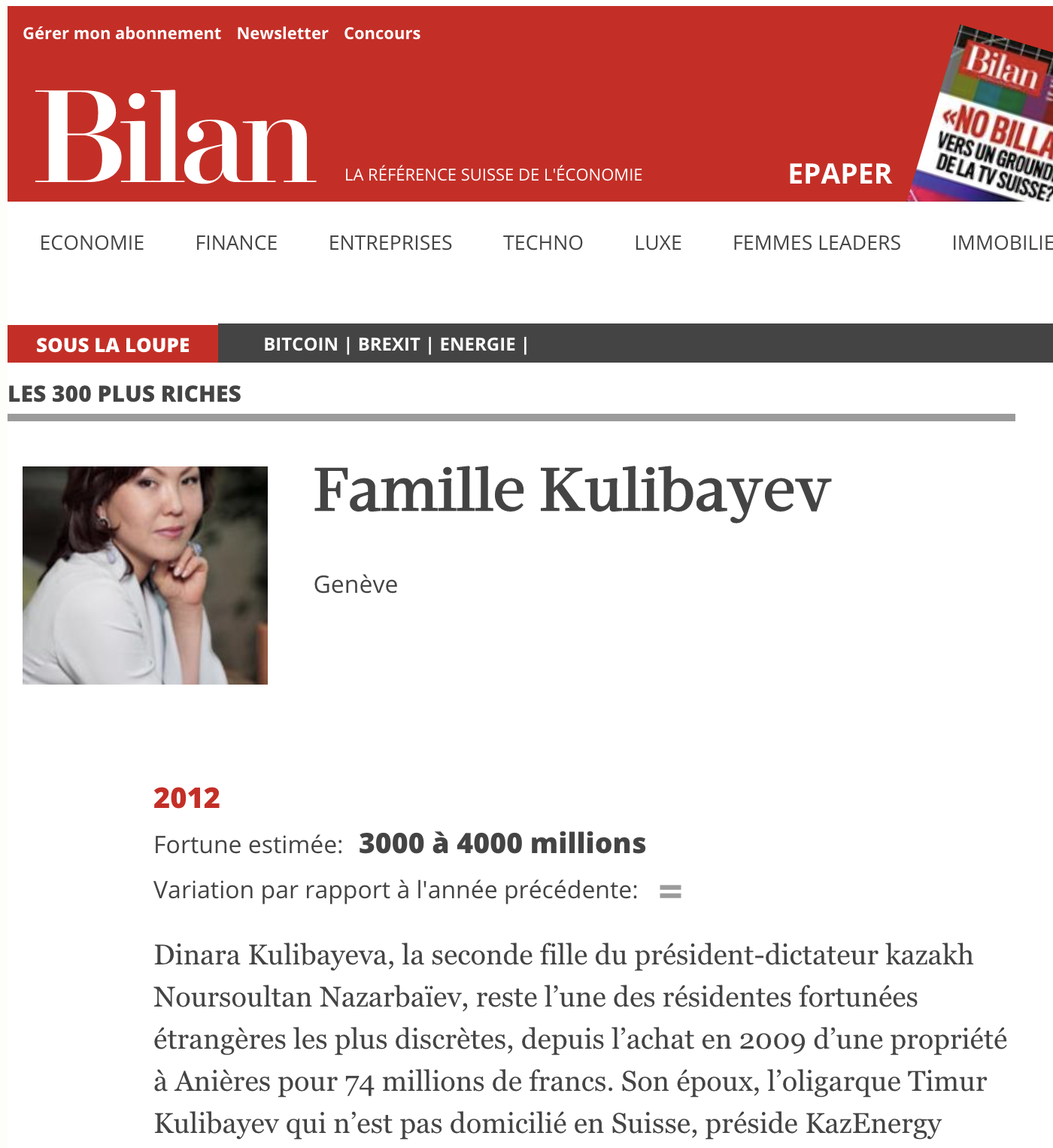 The global media attack on my family was launched with a small Swiss German-language newspaper reporting fake news that the Krapunov family had a fortune of 300 mln Swiss francs.

This was a lie, my family’s capital was much more modest, having been earned legitimately over 25 years of uninterrupted work and business activities.

The journalist who had this fake story about the Khrapunovs’ capital published in the newspaper quit the job literally the next day after its publication and promptly left Switzerland, allegedly settling in Latin America.

Based on this fake story, which president Nazarbayev-controlled Kazakhstan were quick to pick up, Bilan magazine included the Khrapunov family in the list of Switzerland’s wealthiest families with a fortune of USD300 million.

After the matter had been looked into impartially, Bilan struck the Khrapunovs off the richest Swiss residents’ list.

But Kazakhstan newspapers and websites which started referring to Bilan’s information in 2009, have kept doing so to this day.

Since president Nazarbayev’s middle daughter, Dinara Koulibayeva, applied for a residence permit in Switzerland, she has every year appeared in the rankings of Switzerland’s wealthiest women with a capital of 2.4 billion Swiss francs.

Threats against the Khrapunovs’ son